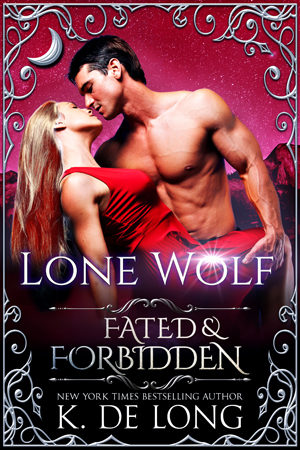 The Blood Moon’s coming, along with the deadline for Dante to find his fated mate. But he has no intention of going along with the creator Allendra’s plan to pair him off. And he knows he’s not the only one to object.

He’ll need help, and power. Ria Warren’s got the power… if she can pull her head out of a bottle long enough to lend it to him. Ria’s largely untrained, her powers of divination overwhelming her ability to cope. No one will miss her, when he takes her hostage.

The road hunting Allendra is long, and he’s gonna drag Ria along kicking and screaming. If only he could make himself stop wishing she’d scream for him a different way instead.