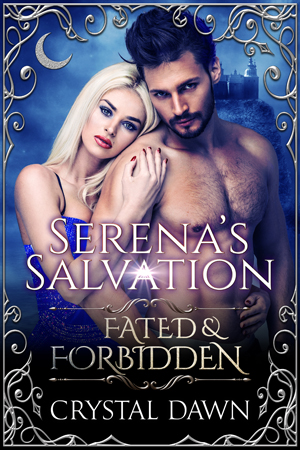 Serena is a dark Fae princess who is not looking for a guy. Unfortunately, the powers that be have decided that she, and a group of other beings that represent their world, must mate in order to save what makes them special. The thought of being turned human makes her shudder. Her fae attributes are the biggest thing that makes her who she is.

Instead of fighting against it, she gives into the threat and searches out her mate only to find he is a human. He is the second son of a king. At least he has royal blood. The problem is it’s human blood and her people have a law against mating with humans. The punishment? Well it’s only death.

She knows she must go to the human world and convince her fated mate to join with her. Then she has to find a way for them both to survive it. No big deal, right? The fates must be laughing at her and enjoying her dilemma.